How to Use A Tomcat® Mole Trap

Get tips and step-by-step instructions on how to use a Tomcat® Mole Trap.

How to Use a Tomcat® Mole Trap

The Tomcat® Mole Trap needs to be set in a main runway. These are the main tunnels most frequently traveled by the mole. They are usually straight or will follow the perimeter of your yard. To determine if a tunnel is a main runway:

Once you have found an active tunnel, you will need to prepare the tunnel before you can set the trap. First, use your heel to create a 1-inch indentation for trigger in middle of the active tunnel. (The built-in Depth Gauge should fit in the indentation to confirm that it’s the correct depth.) Then use the trap jaws to mark the tunnel on each side of the indentation you just made for the trigger and use a lawn edger or square-bladed spade to cut and widen 5-inch deep slots across the tunnel so the trap can be easily inserted.

Once you have the area of the tunnel prepared, it’s time to set the Mole Trap. Insert the trap jaws into the slots you cut across the tunnel.

Then step straight down on the high end of the yellow foot pedal. (Be careful not to cover the trigger slot on the pedal with your foot.) Continue to push the foot pedal down until the trap latches and the trigger post comes through the trigger slot.

Finally, use your foot to press the trigger post flush with the top of the foot pedal. (The base of the trap should be flat on the ground when it is set correctly.) Your Tomcat® Mole Trap is now set.

When the foot pedal is in the raised position it indicates that you’ve trapped a mole.

Then to release the mole, set the trap on a bucket and compress the foot pedal with your hand.

2. Poke a hole in the tunnel 6-inches away from each side of the trap. After one week, if one or both of the holes have been sealed and the trap didn’t spring check the trigger post. If it is up 1-inch above the foot pedal, use a spade to pry the trap up from the ground which should spring the trap. Clean off any dirt and mud then move the trap to another tunnel location and reset.

3. If you push the safety release button on the trap and it doesn’t spring, follow the same steps as above.

4. If the soil is very soft, the trap could be pushed too far into the ground. It is better to set the trap in a location with firmer soil.

If there has been no activity after a week move the trap to a new location. To release the trap, place your foot lightly on the pedal and a use dowel to press the safety release button. (The trap will spring upwards when the latch is released.)

Before storing, the trap should be cleaned so dried mud does not interfere with future trap use. 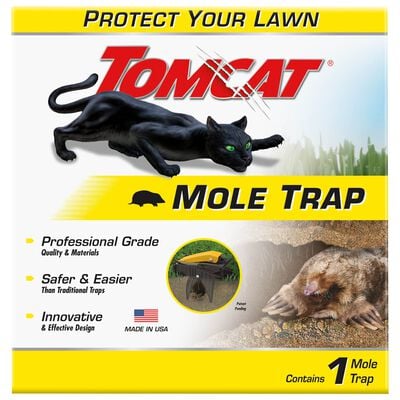 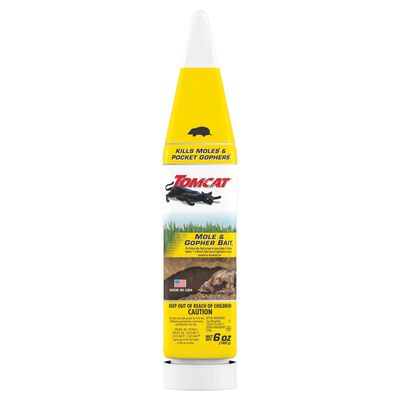 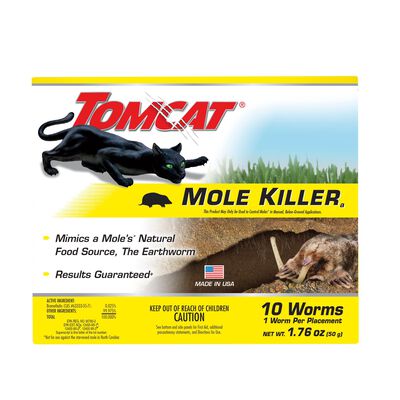